The ruins of the most ancient city 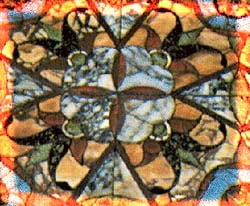 In the recoveries, are well visible the three levels of flooring of the buildings brought to the light; they constitute an unpublished picture of the city, in the period between the Samnite wars and the Punic wars: an important historical phase, till now not well documented.

From the indications by this recovery it is inferred that Pompeii was a big center also in ancient time, when it was under the influence of the Etruscans. Although it constitutes the example for excellence of the imperial Roman city, it really represents substantially a Hellenistic – Republican city, remodelled during the first century of the Empire; in fact, the urbanistic plant, the boundaries and most part of the public buildings go up to an period between the III and the I century B.C..

The destruction due to the eruption of the Vesuvius, on 79 A.D. prevented that to such a structure were introduced the transformations that the other cities of ancient Italy suffered, as the same Rome.

From the results of these excavations, therefore, it is shown that the urbanistic structure and housebuilding of Pompeii, that remained practically the same up to the end of the city, are the ones realized around the 300 B.C., when the southern Campania entered definitely in the orbit of Rome.